Jean Gill asked me to read 'Song at Dawn' a while ago. I would call it a 'historical intrigue romance' because that is the order of their importance in the story. When I read the description I was afraid the romance would outweigh the other two but this fear was groundless. There is more than enough history and intrigue to balance it out and a strong enough plot to keep it relevant and no more.

I am a history buff and I believe that is why Miss Gill asked me to review the book in the first place. "Song at Dawn" begins in the 12th century, shortly after the Second Crusade, and the bulk of the action is in and around the city of Narbonne, Southern France. I took a college class on the Crusades and read about Eleanor (Alienor) of Aquitaine and Bernard de Clairvaux and the disaster they called a crusade and it was fascinating to compare what I remember with what is in the book. Miss. Gill has done her homework in that regard. More interesting still, my class didn't have the time to address indirect results of the crusade, such as a disruption in trade for the French city because Moorish ports have taken a disliking to Christians. Also contemporary ideas of medicine such as 'red meat to restore colour and garlic to fight demons'. The later of course isn't true but for the time period it was believed to be. These touches add a context to the setting so that it is more than a exotic location for courting.


As for intrigue, the appeal for me is that it is 'day-to-day' intrigue instead of 'Count Evil wants to take over the kingdom' intrigue. It's the kind of spying and prying and positioning that nobles and bishops and businessmen etc have to do on a regular basis to stay informed and avoid being caught with their pants down. Estela learns to do this herself before the story's half way over; gossip with a gaggle of well-connected ladies and shift through the meaningless chitchat to find the gems.


Normally, I have no stomach for romance in literature because I am wary of the 'wild, teenager passion' that ruined the first book I reviewed. Instead this is Courtly Love which I find more palatable. Indeed the oaths of love mix with and contrast oaths of fealty in delightful ways between ladies and their knights. For those hoping for something more 'physically intimate' that's present to but in much smaller amounts.

The plot was terrific. It starts off with the protagonist laying in a ditch and cutting herself off from her past to the point of abandoning her birth name; a intriguing start. From there the central plot thread is built and more wrap around it to strength it instead of distract. There are plenty of twists. I won't say what, of course, but they are evenly spaced up to the end. Also humor; there is a lot of humor in between the I Did What I Had To Do moments. My personal favorite takes place during a singing competition early on.

I wish I had something constructive to say but I don't.

Trickster Eric Novels gives "Song at Dawn" an A+

Click here for the next review request: Legacy of the Dragokin

My reviews for the following books in this series, "Blade Song" and Plaint for Provence are now available.


Brian Wilkerson is a freelance book reviewer, writing advice blogger and independent novelist. He studied at the University of Minnesota and came away with bachelor degrees in English Literature and History (Classical Mediterranean Period concentration).
Posted by Brian Wilkerson at 1:40 PM

The context for this post : Dragon's Lair Team Four has arrived at Dengel's Lair. While Eric investigates the inner sanctum, Tiza se... 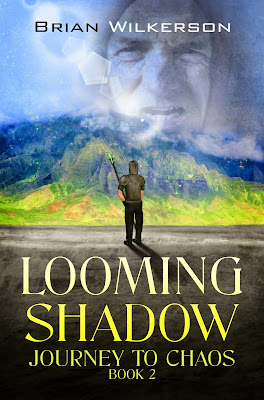